I stayed at a £1.56 Airbnb in Eastern Europe

This weekend I spotted an airbnb about 45 minutes’ drive away up in the Jeseniky mountains in the Czech Republic – a steal at just £1.56 for the night! In fact it was only £1.33, but Airbnb lumped on a whopping 23 pence service charge >:(

I kept my mind open about the place; I’m more than happy to slum it out so I wasn’t phased about missing home luxuries, or even water and electricity in this case. I packed plenty of food and drink, sleeping bag and a towel, and headed up the Morava valley in the dark after work.

It was a murky, misty and moist Friday evening as I arrived in the Arse End Of Nowhere – the only sign that I’d reached the spot was a gate at the side of the road leading into a dark meadow – and the latitude/longitude co-ordinates I’d been sent.

I ditched the car and started the hike up. It was only my autistic map-memorising ability that led me into the right meadow in the thick mist, and after 10 minutes of scanning back and forth with my Fenix headlamp, I spotted a portakabin in the distance. My off-grid home for the night. 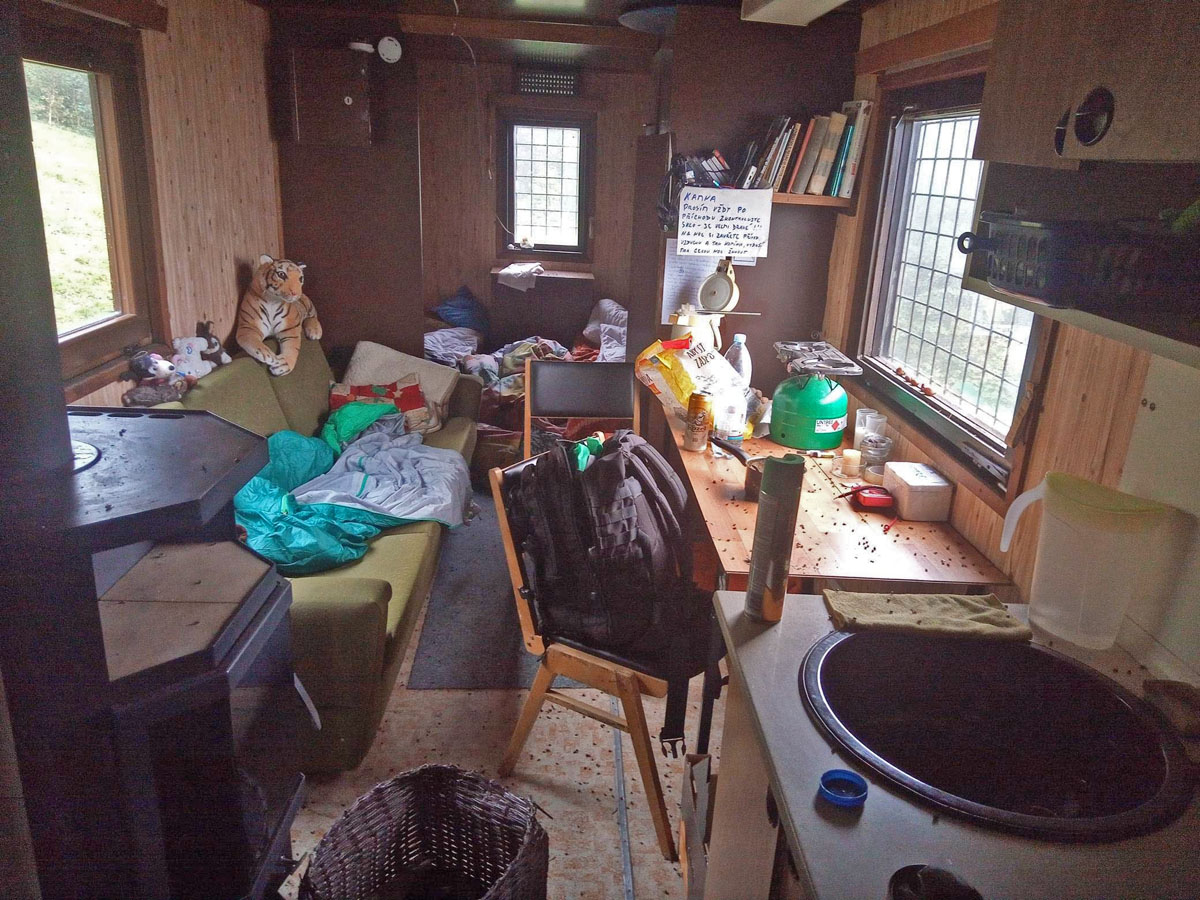 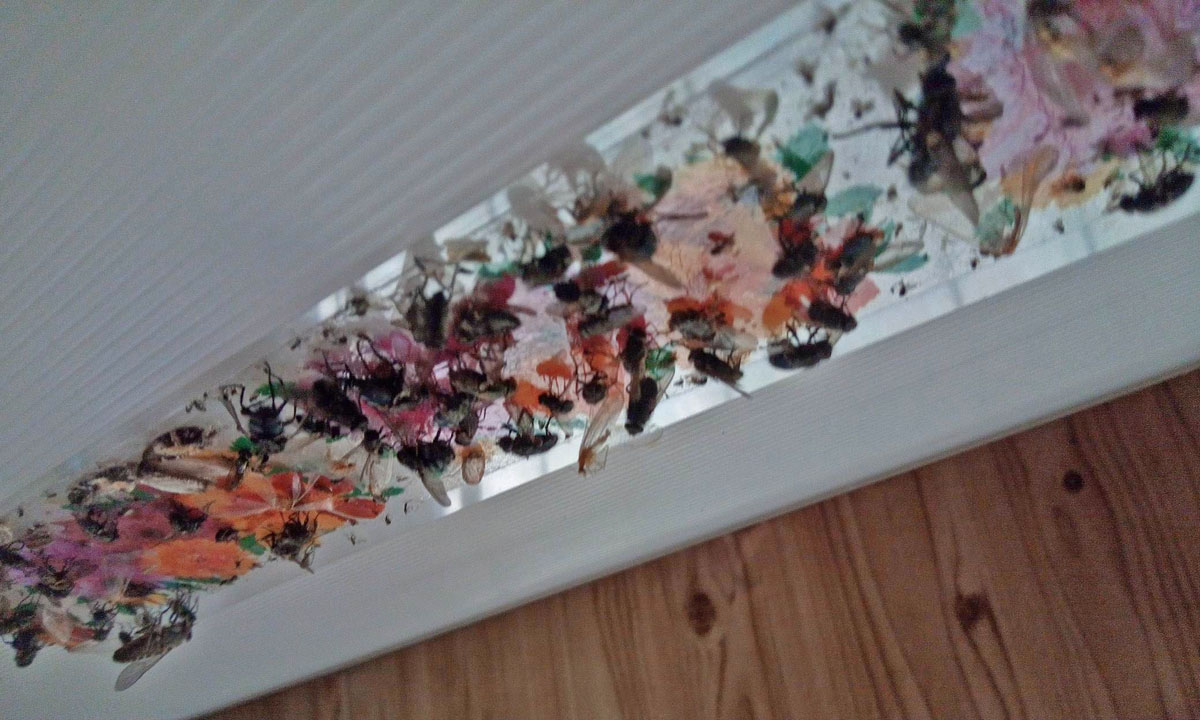 As I stepped in, a cloud of flies lifted from every surface to greet me. Thankfully not biters, as I’d have been straight out the door and back home. No, these were just the sort orbiting and landing on you every second. Hundreds and hundreds of them. A bunch of ladybirds completed the fauna.

I still spent a few minutes deciding whether I was going to commit to this. My warm, comfortable and insect-free bed was only 45 minutes away. I considered sleeping in my car at the bottom of the field – but no, I couldn’t admit defeat. I had paid good money for the right to sleep here, so I was going to make this place habitable.

I had a look around the facilities. A previous guest had thoughtfully left me a cup full of protein. 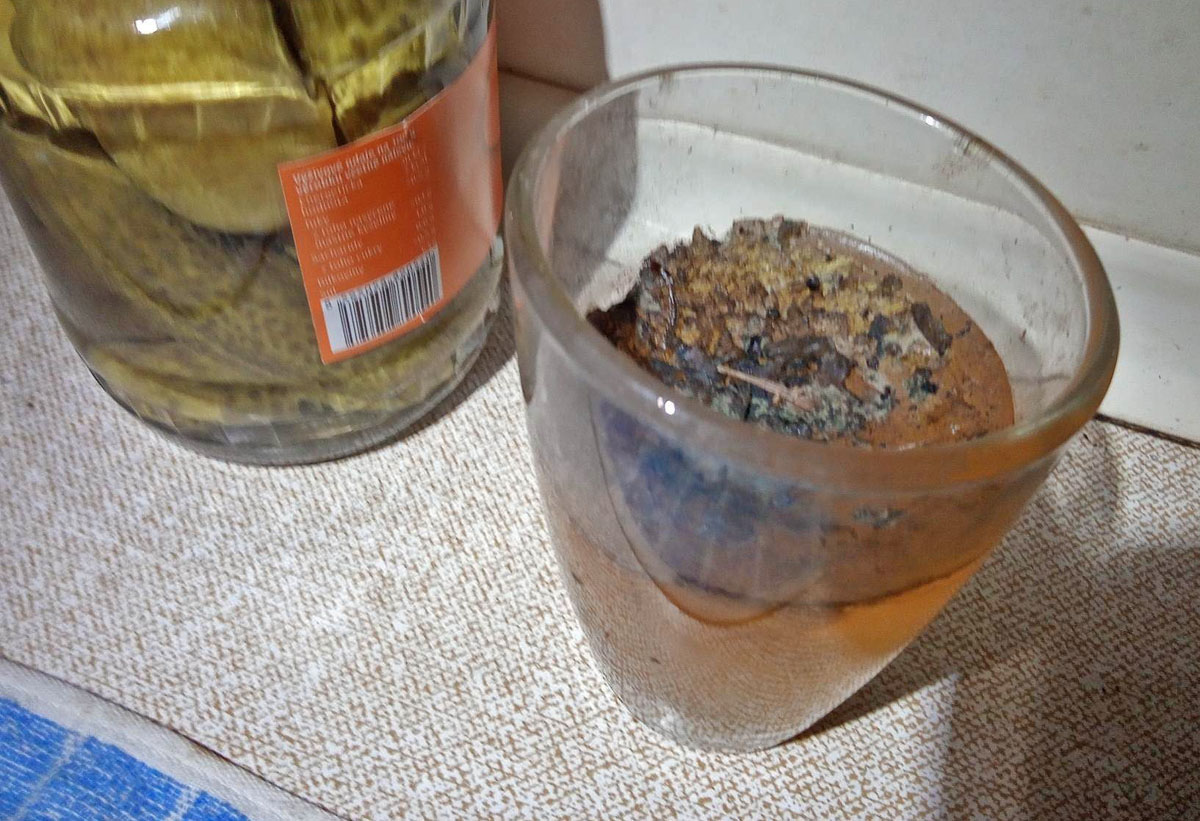 The cupboard was filled with spare second-hand clothing in the event I’d forgotten my own. And a complete assortment of murder weapons was provided for folk that way inclined. 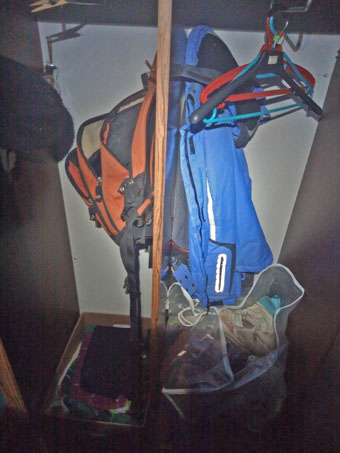 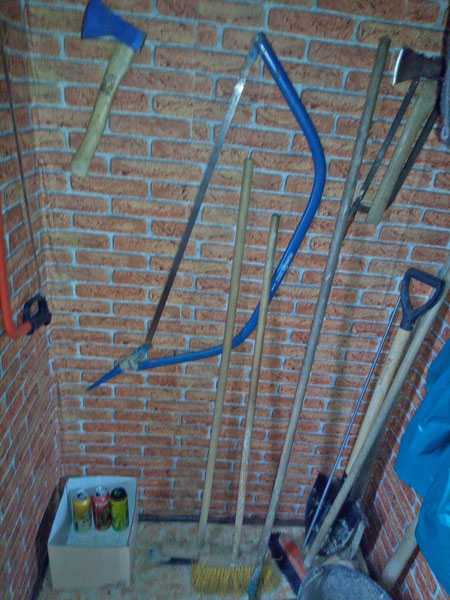 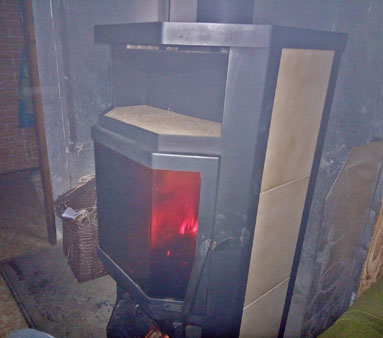 First job was to get a fire going. This wasn’t a problem with the ample firewood supply and large stove – it was soon roaring. However, there seemed to be some sort of insect nest in the chimney, as a high-pitched buzzy whining grew in volume with the flames. They must have spilled outside to attack their foe, the tiny thuds of insects furiously hammering on the windows. They got bored of this eventually and I started herding the maddened indoor flies in the smokey layer of air at the top of the cabin out into the night. I repeated this ‘amnesty’ about 20 times throughout the night – I definitely gave these guys plenty of chances to leave my home alive. 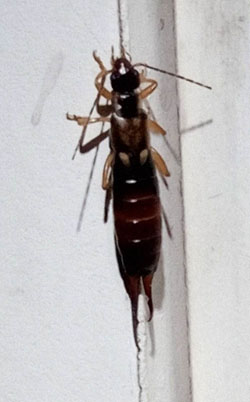 Partway through my insect genocide, I slipped outside with my beer for a little fresh air. I’m not easily spooked by dark forests, but there was the rustle of movement all around in the trees, and my headlamp picked out a couple of pairs of beady eyes reflecting back. Okay, 99.9% sure they were deer, but in my head I’m surrounded by wolves and now have no choice but to stay until daylight. Back indoors to tend to my genocide…

This continued smoothly and by about 3am it had been reduced to one or two particularly pesky flies, which satisfied me enough to have a go at some cooking. I fired the small gas stove up and started warming up my Gulash and rice, which was appalling. 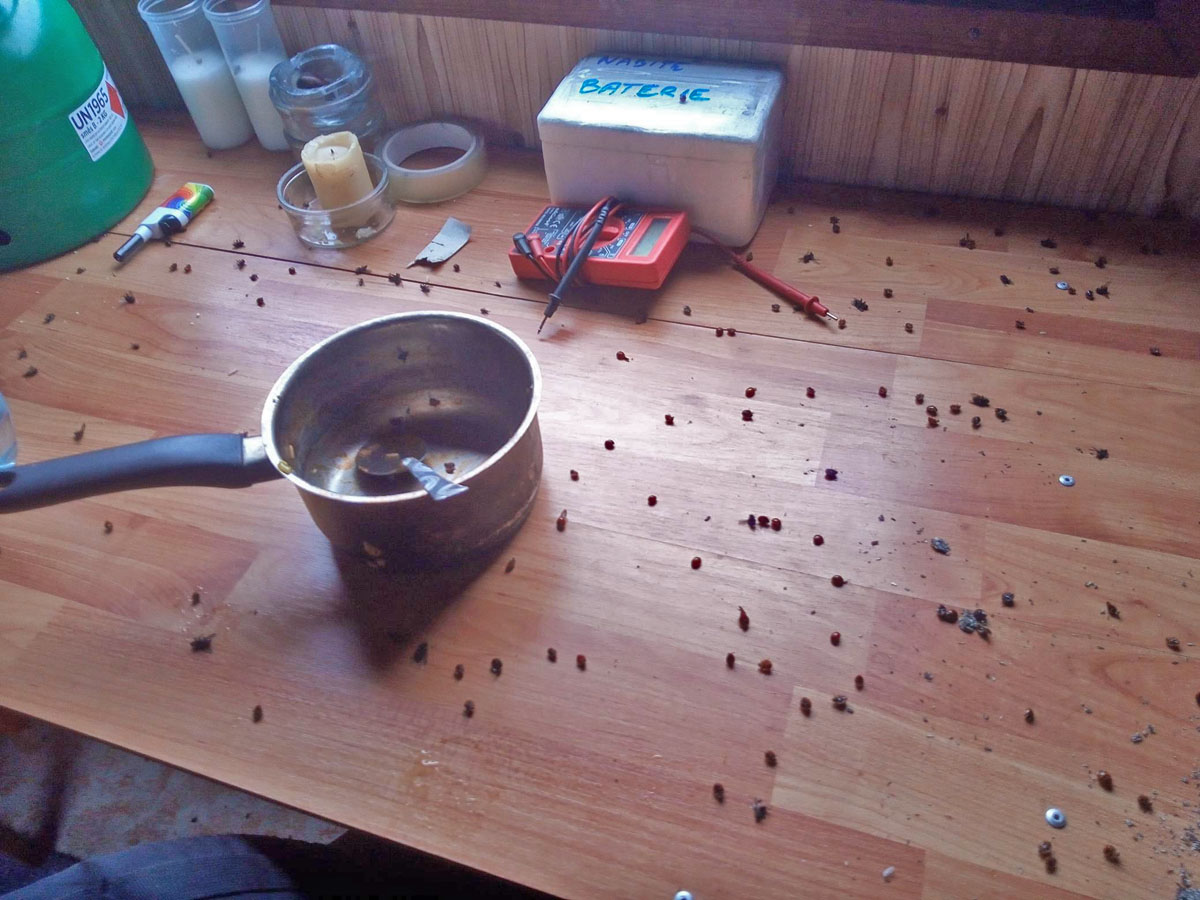 The only remaining troublemakers as I started to drift off to sleep were the ladybirds – still plenty around, but at this point sharing my sleeping bag with ladybirds was a non-issue.

I suppose I slept solidly. I woke up at 10:30am to the scenes of devastation from my overnight campaign, and peered out of my cell into the murky morning. 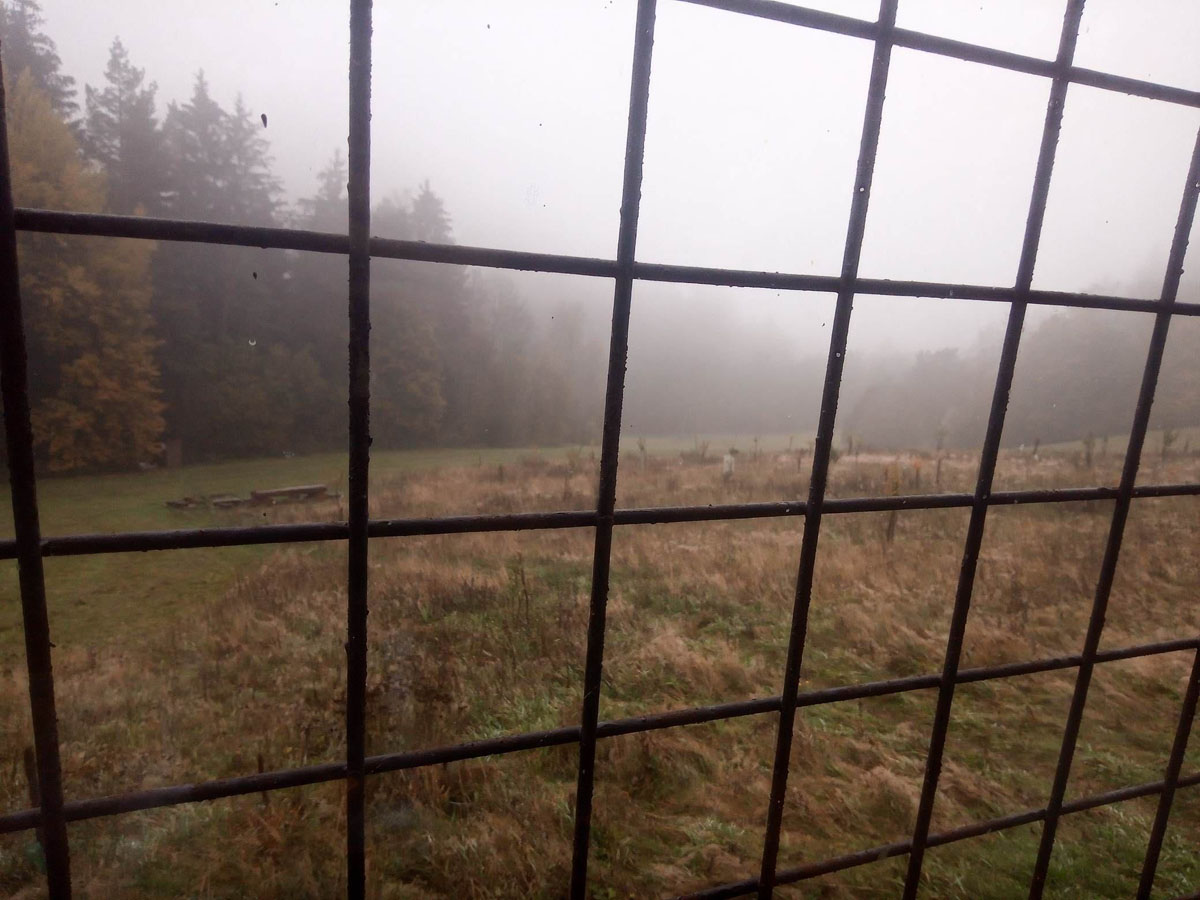 I had a quick whip round to sweep up the dead flies and ladybirds. Apologies to the owner for the deaths of so many of his pets. 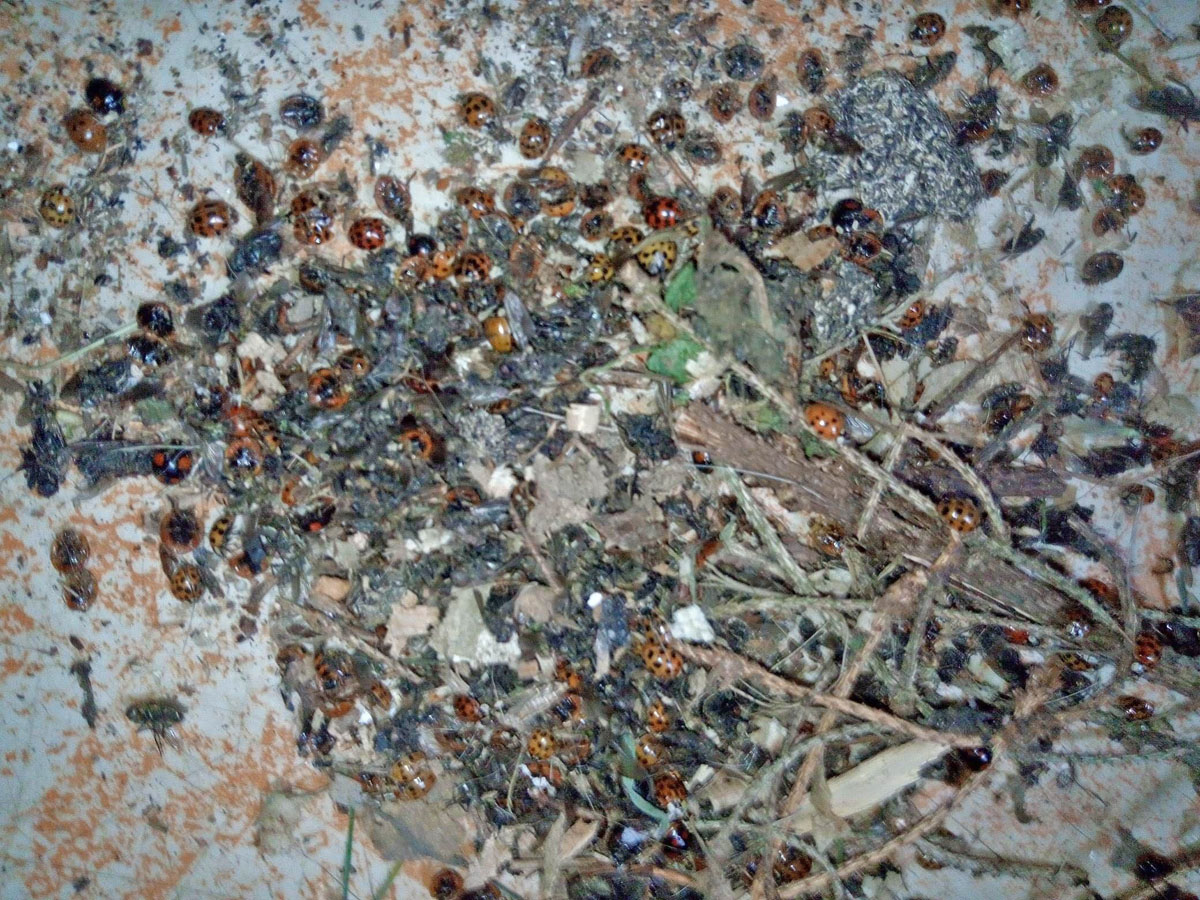 There was now only time to wander back down the hill to my waiting car (which felt like a luxurious penthouse at this point). On the way I passed the toilet and shower facilities – these hadn’t been on my mind at all last night so I’d never thought to even look for them. 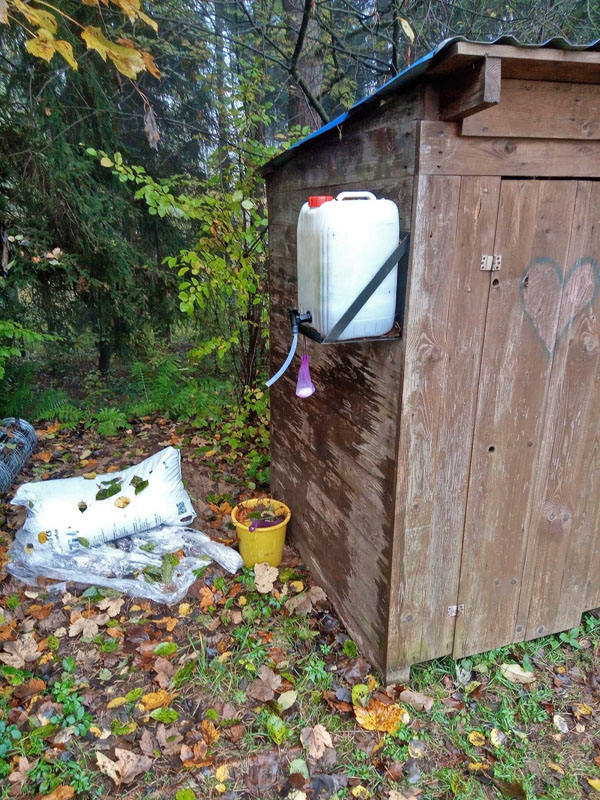 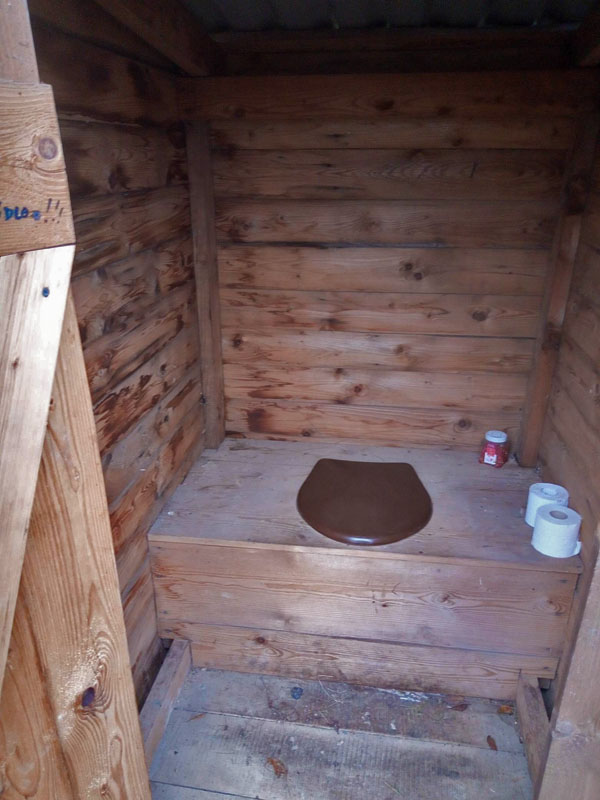 I also passed the fire pit / campfire area which looked pretty cosy, to be fair. 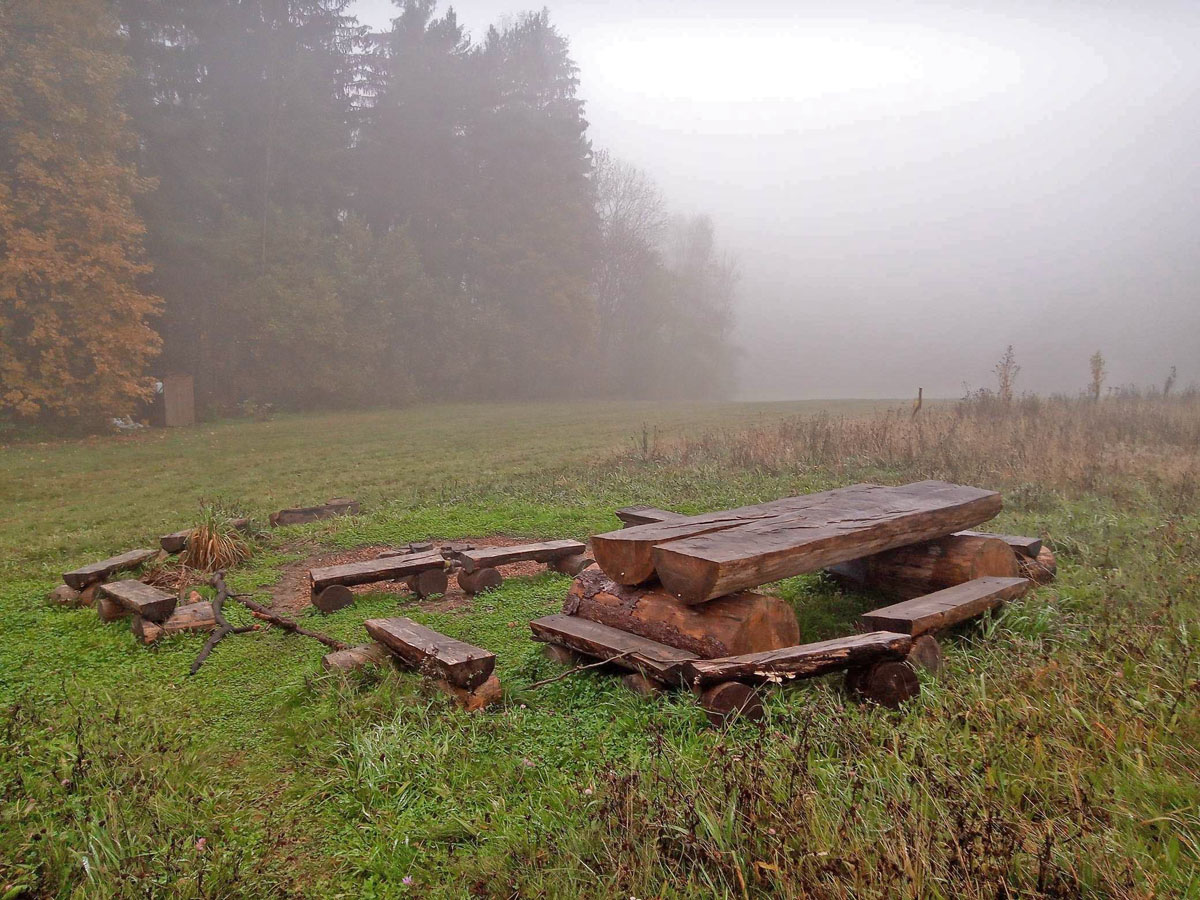 It really is a quaint and unspoilt little spot, and given a summer’s evening/some de-infestation, this would have been exactly my kind of stay. As it happened, the infestation overshadowed the stay and left me suspicious about future bargains!